Thought I would share with you a turning point in my spiritual life one cold rainy day.  If we walk in right relationship with the Master, we will affect our generation for Christ! AM

There’s  a fire burning in my spirit these grey winter days, and like Jeremiah of old, keeping it inside just isn’t going to work anymore.  I’m tired of fighting the same battles, I’m tired of hiding from giants, I’m tired of small visions, apathy and little faith; the walls have got to come down, and the battle starts in me.

If, as a generation on the cusps of the greatest revival we have ever seen, we are content to live our lives with any ordinary faith, we are content to be satisfied with small victories and a mediocre relationship with Christ, we will never see all the territory God has for us to claim as we fight with Him for the souls of men on earth, for souls in UK, for souls in Glasgow, for souls in Europe, for souls in Sweden, for souls in Norway, in Spain and Latvia, in Estonia and Poland, for the lost and dying in France, Morocco and Turkey.  We will lose ground if we walk in the label of Laodicea, and linger in the luxury of lukewarm.   We cannot afford to lose ground.  We cannot afford to lose one soul.  We cannot afford to back away or ignore our enemy’s ceaseless endeavours to lure us closer to the world.  If ever a world needed the purity and holiness of Jesus Christ, it is ours.  If ever a generation needed a church passionately in love with Him, it is ours.  If ever a church given a richer heritage on which to base this love, it is ours, but the question that burns in my heart, is what will we do with it?

Jesus Christ has placed in my hands the gift of Salvation, and every life that I encounter has opportunity to experience that gift through me, but sometimes I am so entangled in the cares of life, my petty battles and small desires block the reality of the gift in my hands.  It’s time to break down the walls.  It’s time to lay down my life for His call.  It’s time to look outside my circumstances, beyond the impossibilities and forward to the victory in Him.   He has chosen this generation to rise to the challenge and follow the way of sacrifice, to follow the cross to victory beyond our wildest expectation.  The word already tells us He wins, it already tells us He’s made us more than conquerors, but we are hesitating to enter the battle. I have hesitated to enter the battle.  But no more, the walls must come down.   I give my life, my all to seek His glory.

Maybe David felt like that, maybe he felt small and inadequate, maybe the enemy’s of Israel towered over him as the strongholds of Europe and the Middle East do over me, but somehow, I don’t think that was what He was looking at.  I don’t think he was worried about being too young, or wearing designer armour or whether he looked the part, he knew in whom he believed.  He knew that the battle was not his, it was the Lord’s, and he knew that the victory was not dependant on his own strength or military prowess but on the Lord’s name.

You see this battle isn’t all about me, really, it isn’t really all about Glasgow or UK, it’s not really even just about Europe, but it’s about breaking down the walls of the enemy so that the fire of God falls down and ignites a generation for His glory. That fire will fall here first, but it is too powerful to be simply contained in one region, it will affect the world.  It will burn in hearts and lives left desperate in darkness, and bring them light.   It will transform our visions and expectations and realities until we are consumed by His passion and change our world, conquer our enemies and rescue our people.  You see we have the words of eternal life and the cost is simply too great not to open our lips and proclaim this great salvation unto all the earth.  It’s too great to leave our prayer closets unsaturated with prayers for revival, and our churches silent from the battle cries of the spiritually unborn.  It’s too great to live an ordinary life with an ordinary purpose for an ordinary church in an ordinary world, but we must rise up as the armies of God, with the weapons of warfare made mighty to the pulling down of strongholds, by the power of the blood and of the spirit and the name to declare that now is the time and now is the hour for revival.  Now is the time for walls to come down.

And the battle begins in me, the moment I open my lips and say “Here am I, send me.” 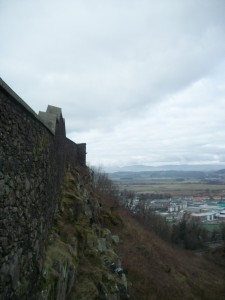 I am an Associate Missionary to the United Kingdom, serving 67 million of the most beautiful people on earth with the love of Jesus Christ View all posts by coveredwithmercy

One thought on “Walls Fall Down”